"Music expresses that which cannot be said and on which it is impossible to be silent."
Victor Hugo 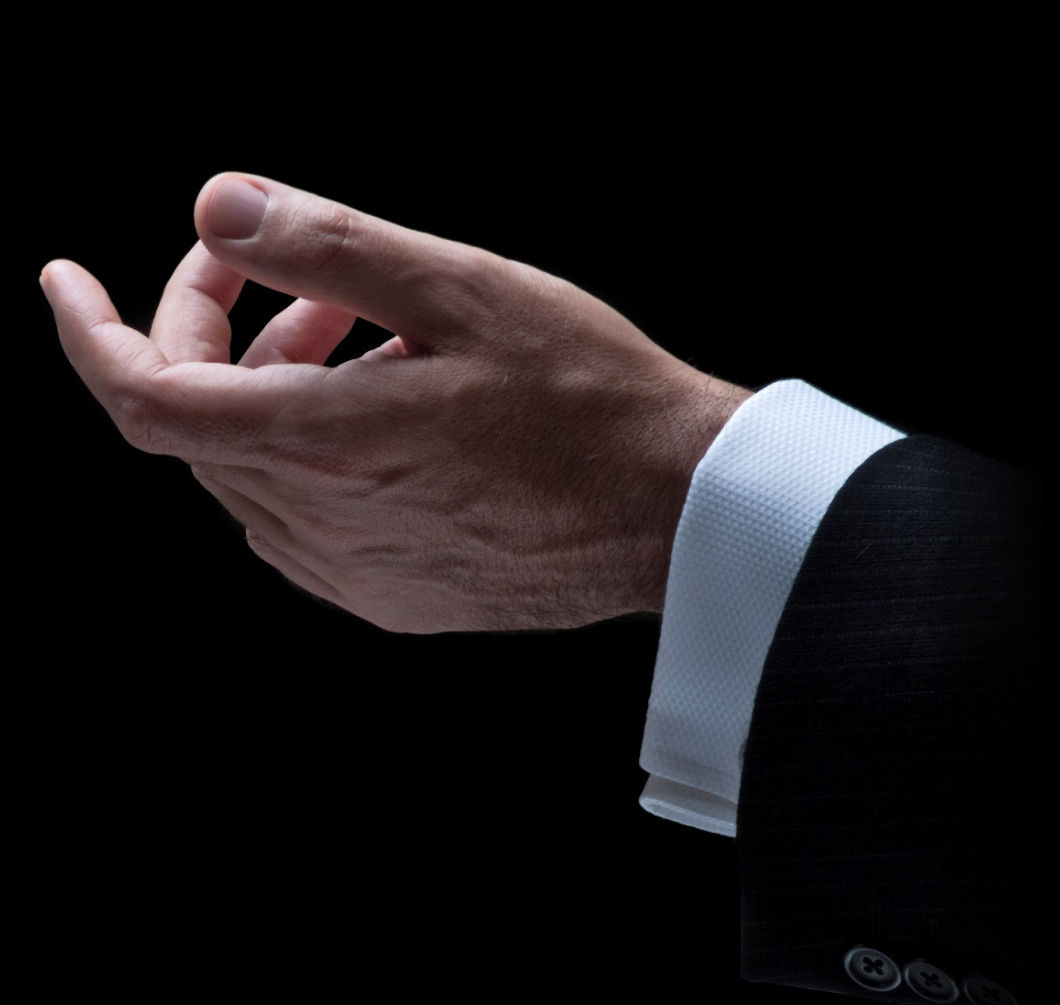 You can enjoy our music anytime, anywhere. 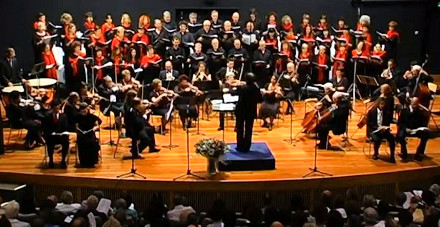 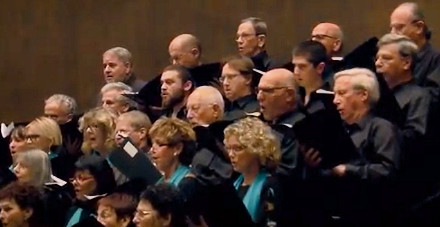 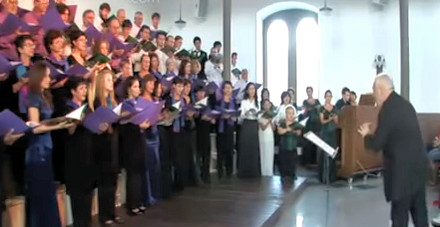 Credo Kodaly-Missa Brevis 03:59
The Emek Hefer Chamber Choir perform "Credo" from Kodaly's "Missa Brevis" for Chorus, Organ and six soloists together with Hungarian and Singaporean choirs under the direction of conductor Shimon Levtov, as part of the Kodaly festival in Hungary 2006. 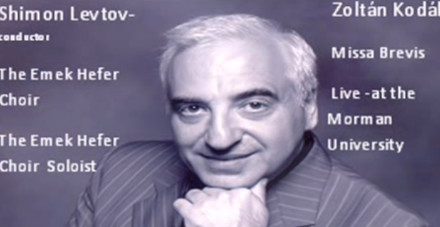 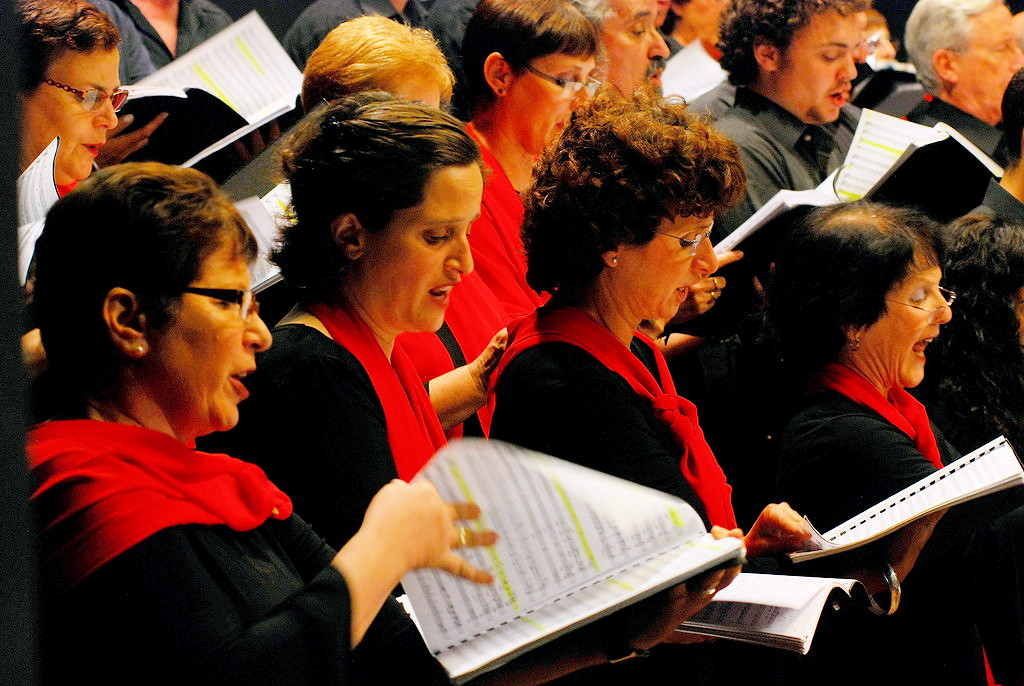 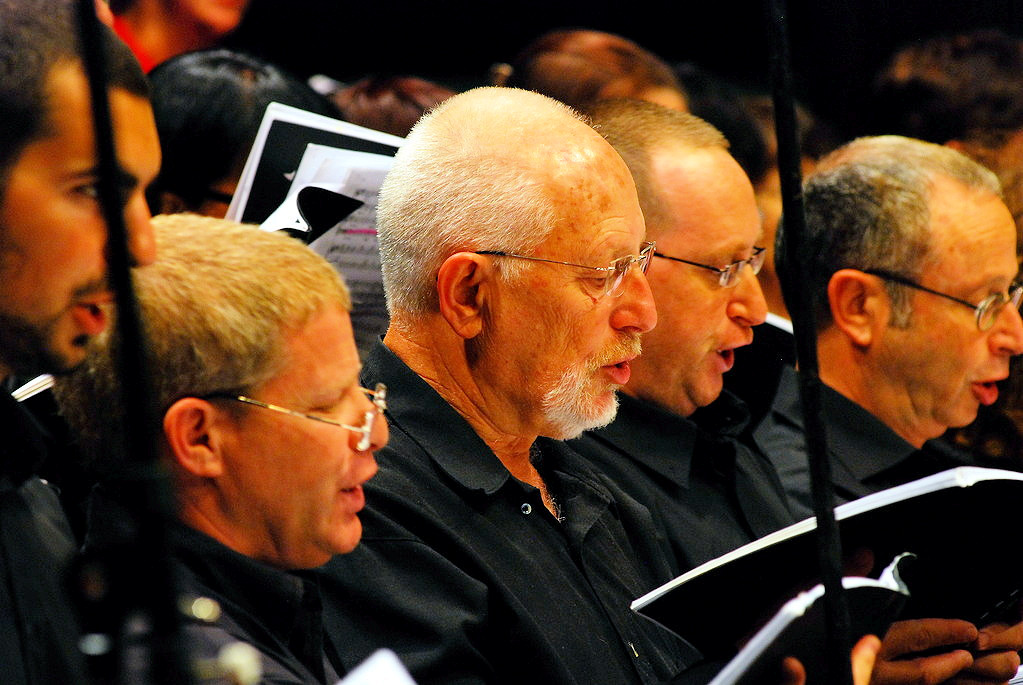 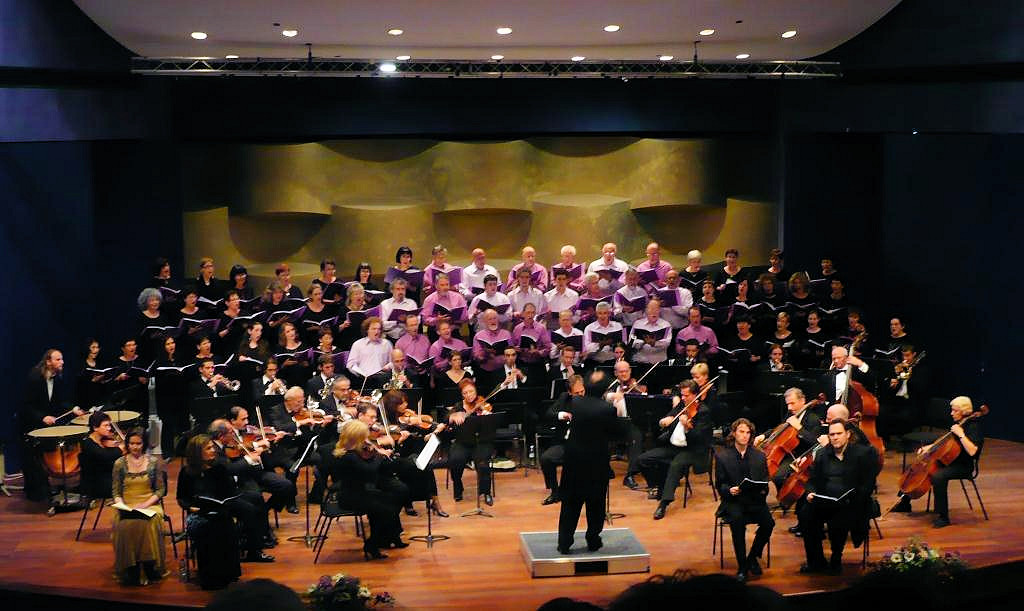 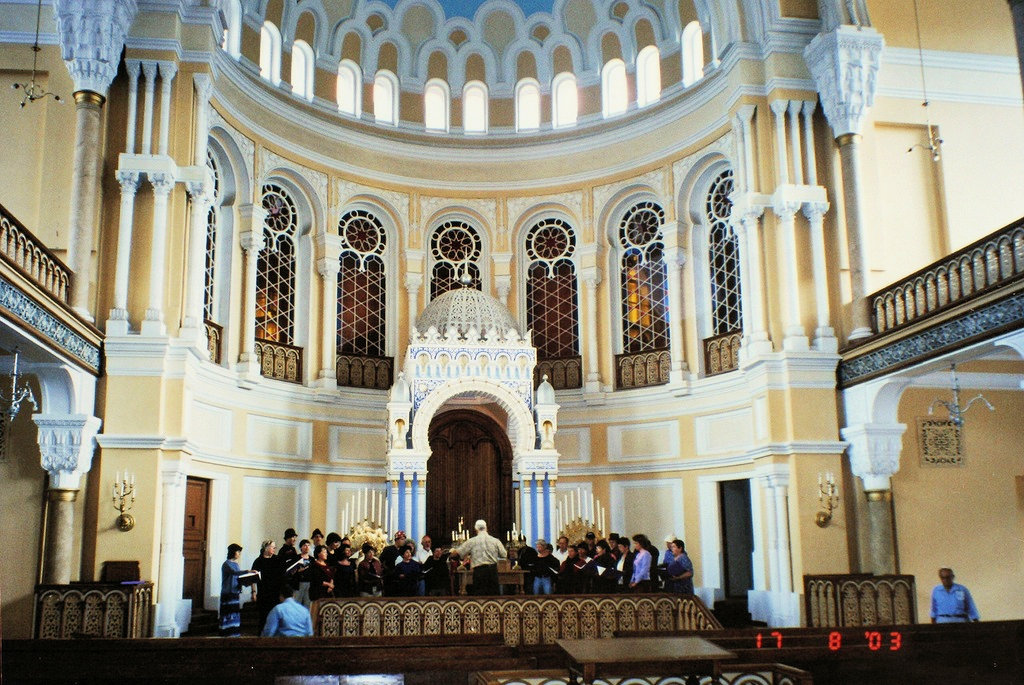 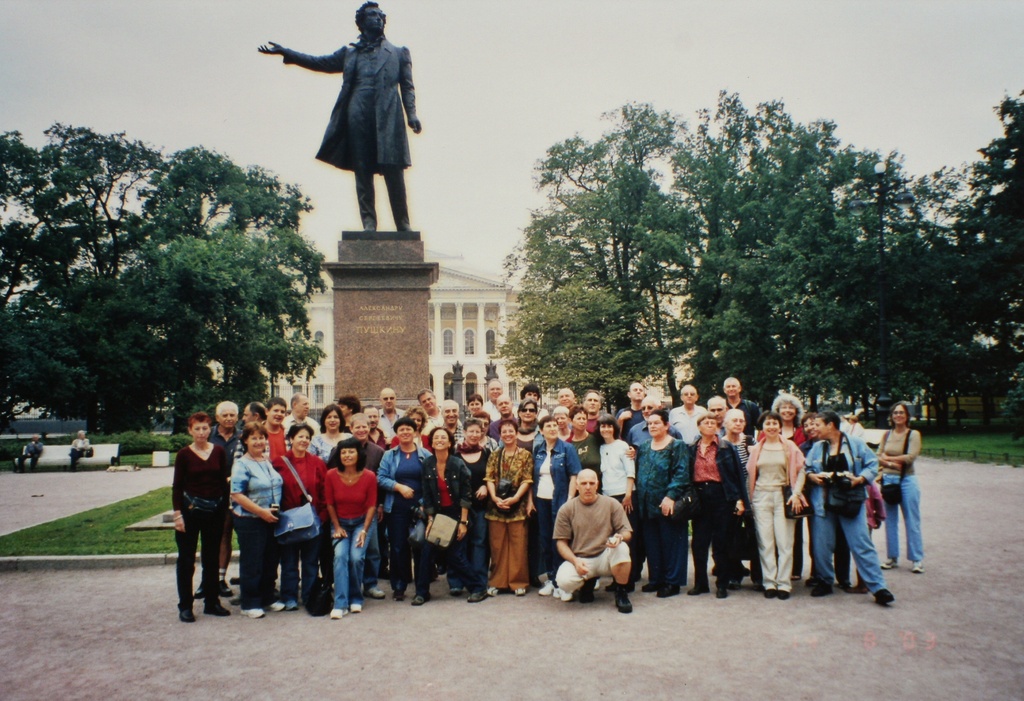 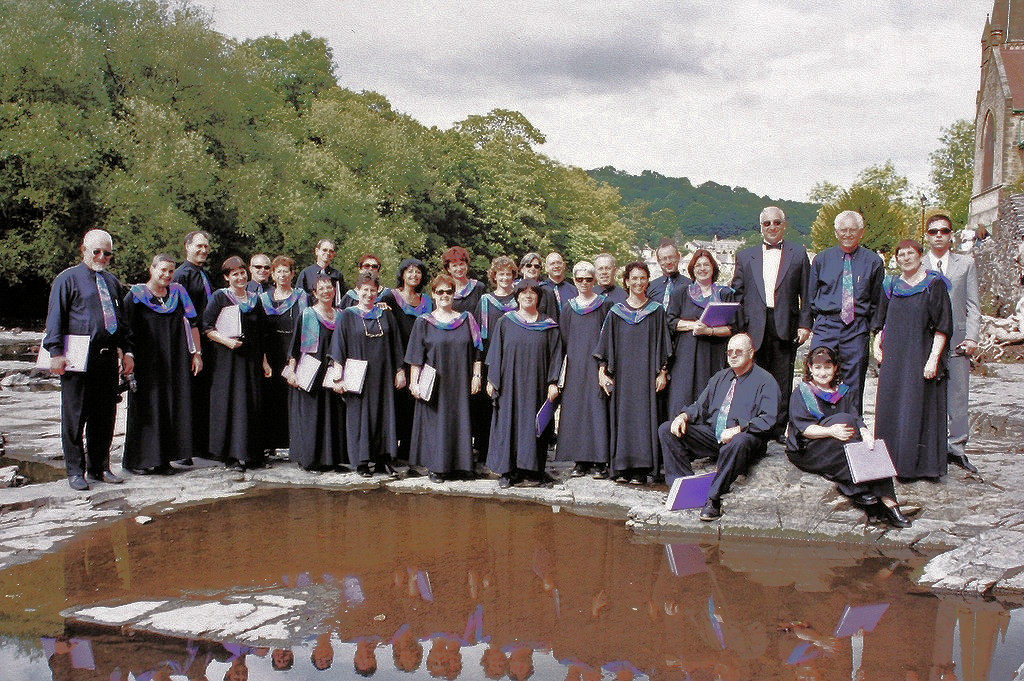 "Dear Members of the Committee,
It is with pleasure that I am writing to recommend Shimon Levtov for the Yuri Stern Prize.
I have known Maestro Levtov for the past four years. During this period of time I have invited him to perform at the international Estonian-Israeli music festival MustonenFest Tallinn - Tel Aviv, we have collaborated on major works such as the Verdi Requiem, the Dvorak Requiem, Beethoven's 9th Symphony, and are about to undertake a project of Carmina Burana by Orff. These complex masterpieces require the highest command of musical craft, which Shimon Levtov fully possesses. The choirs he directs are always prepared with utmost professionalism. In fact, it has been striking for me to meet this level of preparedness time and again, and I look forward to future opportunities to work together. There have been a few projects that have included outstanding choirs from Estonia and Latvia, and it is worth noting that the musical integration between these choirs and the choirs directed and prepared by Shimon has been as smooth as it could be. This is a nuanced skill that is rare to encounter as performed on such a high level. I have also attended rehearsals of the numerous choirs conducted by Shimon Levtov and can attest to the way the professionalism of his craft and the infectious enthusiasm are evidenced in these rehearsals, and win everyone over.
Shimon Levtov is one of the best conductors in Israel; I give him my highest recommendation."
Andres Mustonen Recommendation for Yuri Stern Prize.
As the conductor of the Kefar Sava Chamber Choir, I have had the opportunity to join forces with Shimon Levtov and his wonderful Emek Hefer choir on several occasions. Our first joint meeting was with my Requiem a few years ago. As usual, Shimon prepared his choir meticulously, so that all was needed was to work musically together and not be concerned with rhythmic or note errors. Also his excellent knowledge of the human voice and its capabilities was felt throughout all the rehearsals. His warm up exercises with both choirs are always a treat, and I am happy to say that we are now preparing together once again , a performance of the Faure Requiem at the Hechal Hatarbut in Kefar Sava. Towards the end of next year, we will also be performing Mozart’s “Vesperae solennes de confessore “ and my Requiem together. Looking very much forward to this, and am delighted to share once again the stage with Shimon Levtov and the Emek Hefer Choir. In deep gratitude,
Conductor of the Kefar Sava Chamber Choir
Aharon Harlap
''The third section of the program was made up of a series of songs sung by the rock band 'The Yehudim' and the Emek Hefer Choir. Forty singers dressed in brown robes with pointed hoods, under the baton of their white-haired conductor Shimon Levtov, were the background accompaniment to gospel rock songs ''What about you'', ''You gotta leave me'' and others. The choir augmented the background sound to the songs which were enthusiastically received by the huge audience. It was a great 'double success' - firstly of the visual and sound effects, and secondly for the once-in-a-lifetime project."
Habama (The Stage) Magazine
"The Emek Hefer Chamber Choir has for many years performed throughout Israel. In recent years and under the baton of Shimon Levtov, it has reached new heights. This amateur choir of excellent voices and attractive repertoire has performed very well with various instrumental groups. The choir's obvious 'mixture' of young, fresh voices added to those of mature members has resulted in fine choral singing. Conductor Shimon Levtov, in a short time, has successfully raised the standard of singing to a new level and the proof is in the awards received by the choir. Recently the choir participated in an A Capella competition in Abu Gosh to a very warm welcome from the audience and the judges. I warmly recommend that the Emek Hefer Chamber Choir receive support from the Israel Ministry of Culture."
Mordechai Shalev Competition Manager Association of Friends of Music Culture in Abu Gosh
"It is with pleasure that I recommend the Emek Hefer Chamber Choir and Conductor Shimon Levtov as applicants for financial support. It is easy for me to guage the achievements of the choir since I was one of its conductors before I founded the Efroni Choir. The choir has had a few conductors but only under the leadership of Shimon Levtov have they developed into a fine body of amateur singers who have become a choir of excellence. I therefore recommend that the Emek Hefer Chamber Choir be given not only financial assistance but that they be recognized for their contribution to choral singing in Israel."
Maya Shavit Chairman Hallel – the Israel Choral Organisation